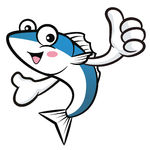 Welcome to the latest recruit to the team at Prawn Towers!

James has been a Shrimper for the entire century, and way back to the 1990’s. His favourite moments include the play-off victory – no not that one – the 2005 victory in Cardiff! After those two gutting defeats in the Hell DV Trophy in bloody Wales, James was there when Freddy and Juppy scored for the Blues. Amazing!

Sad memories include the Derby game where the fat moustashioed muppets invaded the pitch to attack the kids. But Fave players 2016 are Coker and Demetriou, he loves full-backs!

Other favourites are Kevin Maher and Ricky Otto, and he has a soft spot for Gary Nelson (his mates Dad).

James often sits with Fish Walsh at the Hall, and loves the East Stand. COYB!

« Back to PZ Roots Hall Of Fame