Chunderfield’s early history is mired in muddy mystery manyfold. Having originally been declared as being formed by a holy congregation of Chunderfield’s loftiest citizens under the wonky church spire, recent discoveries paint a different picture. 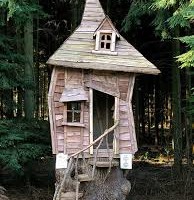 The club started as a collection of rejects from Chunderfield Cricket and Ballet Club, Chunderfield Expectorants and Chunderfield Spittoon, some time around 3 o’clock, 1870 ish. They played home games at Spewtergate,which would remain their home until 2010.

After ultimate demotion from the Football League and insolvency, in 1919 the newly formed Chunderfield and District Municipal Rubbish Collection FC blagged its way into the League by fiddling the papers when changing the bins at FA headquarters.

The second tier was reached in the Thirties, and the highest ever position in 1946 when finishing 4th (out of four). The fifties saw Chunderfield field goalkeeper Gordon Jar Jar Binks, future international, who they promptly flogged on. 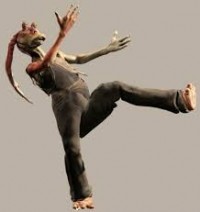 The Seventies saw Chunderfield in Division Four and the fans and players mostly in flares.

The Eighties had success in the Cup competitions, notably an Anglo Scottish Refuse Collectors Cup victory versus Aberbin FC. 1987 saw the club bailed out by the Municipal Council, then insolvency in the Nineties after the club refused to change the bins at Chunder FC. A fans group took over the club and sold Spewtergate to a deodorant company in 2010, who built a new stadium, the BOpits Arena.

Chunderfield have won League Two/Division Four a record four times, but double-bubble relegations left Chunder in the National League. They are hoping to feel their way and push upwards at the renamed Prostate Stadium. After a season rebuilding in the National League, there’s the whiff of success at the Prostate, and with a team full of beardy bastards, 2019-20 could be a hairy season.