They have most famously played at The Bin since 1910, and eventually made the top flight in 1988. They moved to a new stadium, the imaginatively named New Bin in 1993. The New Bin had opened to great acclaim and hosted its first League game – in which they were promptly stuffed 4-1 by the Mighty Shrimpers. (This result was matched in 2014 when the clubs met in the FA Cup at The Hall of Gods, but the game was marred by the away fans display of indifference.)

The club suffered administration in 2002, but Chairman Theo Phaphaphapha entered the club onto Dragons Den where the 8 foot tall hermaphrodite transgender gym owner Duncan Biscuits saved the club with an injection of steroids.

MillYawn reached the Cup Final in 2004, under manager Penis Unwise, but lost 3-0 to Manchester Glazers.

Relegation to League One followed in 2015, when The Loins ended up on their Harris.

2017 and Yawn made the playoffs after Southend cocked it up, and won the final to reach the Championship.

Hopefully soon we can welcome the Yawn back to Roots Hall on your once a season jolly, all them tuff geezers in girls Burberry baseball caps, baiting our weedy stewards in that cute Sarf Lundun manner!
Coz if we see you, it means you’re as crap as we are! 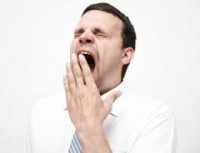