Formed in 1927 as Scumthump and Limply FC, from the remnants and survivors of the famous 1921-26 “Humber Tea-Break Strike” at the steel works, this hardy band of plumbers mates, sparkys and bog-welders muddled around in the Midlump League for decades until they joined the Hull Sunday League in 1963 as founder members of Division Five.
Under the management of Stan Grimtits, their charismatic geriatric diabetic player-manager, Scumthump rocketed up the leagues until taking the place of Oldport County in Division Four in 1973.
Not much happened until fortune smiled on “Scummy” in 1980. Luckily, their slag-heap stadium was found to be contaminated with Barium Isotopes, which was said to account for the characteristic gummy smile afforded to all visitors to the old Crematorium Ground, which was pulled down and the site given to Grimbolux Town as a training ground.
The new Glansknob Stadium, the first new ground in England since the construction of the magnificent Roots Hall, was opened in 1988 to critical acclaim from the local population, who had never seen corrugated iron before. Remember those Subbuteo stands? Like that, but smaller.

In tribute to the Roots Hall Megadome which had been their inspiration, Scummy dropped the “Limply” and took on the “United” and were granted permission by Southend United to be called SUFC. Unfortunately, as the deal was signed on April 1st, The Shrimpers made Scummy wear claret and blue as a punishment.
Scummy got to Wembley in 1997, took a wrong turn on the way to Fulham.
Fluked their way into the Championship in 2007, after top marksman Billy Shunt scored 42 goals, all from 3 yards, but flogged him off and sank back down to old Division 3 in 2008 just as Hull City hit the Premier!
2018, Now pushing on in League One, the Scummy fans are smiling! 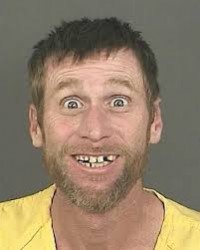