West Spam were formed in 1915 from the workers from a luncheon meat packers based in West Hampstead, who had to find a ground in the grottier, cheapo part of town, settling eventually at Crapton Park.
Nicknamed The Shammers by locals because of the ability of many employees to skive off, the team wore white kit stained with “Newham Nausea”, a locally produced red wine made from rotting tomatoes and jellied eels.
The club featured in the first Wembley Cup Final, against Bolt-on Wonderbra, noted for tight Shammers fans attempts to get in for free.
Famous players include Geoff Burst, scorer of two-and-a-half goals in a World Cup Final, and Sir Bobby Maher, manager of the Mighty Shrimpers and a Shammers player for 5 minutes.
Recently Spam have shown their East-London-til-I-die credentials by selling their souls to a Kojak lookalike biscuit magnate from Iceland (no seriously, that bit is true) and signing Argentinians from 3rd parties whilst lying to the Premier League about it (honestly that’s true aswell) and selling their fans shirts with Xtra-Large on the front (again true).
A recent kit had a Rent-A-Cockney film star modelling a maroon shirt with “sherbert” on the front!
And current owners made their dosh from porno filth and rampant rabbit vibrators!
Class! 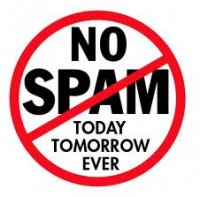 2015 and Spams dodgy owners have managed to blag millions of taxpayers dosh to move into the Olympic Greyhound Stadium!

A £700 million stadium for £15 million! Bonkers Boris hang your head in shame!

“That is the fear, of course. A couple of wide boys on the make, David Sullivan and David Gold — West Ham’s co-owners, with their backgrounds in pornography and the Ann Summers chain — seizing this national treasure and as good as knocking it out from the back of a lorry. Once West Ham have their 54,000-capacity ground, it is argued, they will sell their shares at a huge profit. Lovely jubbly.” Daily Mail 24-08-2015