Round 1 of the Chickadee Trophy or – Cup for Reserves And Premier Interns Dampening EFL Aspirations (CRAPIDEA). 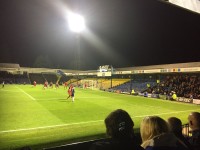 Blues fielded a strong team against the Oozers, And Prawnzone followed suit with Prawn Connery, Jerri Prawniwell, Wendy Prawniwell and Fish Walsh being backed up by roving reporters Scott Conga and Paul Codpiece with his tiddlers.

Ooze padded out their team with Blues old boys Danny Webb and Andy Edwards, in front of yet another new manager Alberto Cavavinalarf.

What followed was a pretty scrappy match, Blues shade the first half with Oxtail saving well, both teams missing good chances. 0-0 halfo 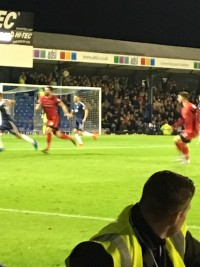 Second half and the Ooze decide to give it a go but to no avail. Then on 82 mins a touch of class from Marc 4Tuna, GOAL 1-0 Blues! Orient heads go down and the Mighty Shrimpers stride on!